“It is night.  You are a pilot, navigating a treacherous cliff-side.  Suddenly, the lights dim in the plane.  You can no longer see.  You only have the sound of the plane whizzing past the cliffs to guide you…”  Welcome to StealthFly, an endless runner game and winner of the SS12: Project Possibility Hackathon.  While there are so many fun, endless runner games available on mobile devices (e.g. Temple Run, Flappy Bird, etc.), none of them were designed specifically for the visually impaired.  StealthFly is the same type of game, but designed to be accessible for players with (and without) visual impairments.

StealthFly can be played as either a single-player or multi-player endless runner game for those with visual impairments.  Within the game, players rely solely on sound to let them know where the obstacles are.  Then they use the device’s gyroscope feature to maneuver around the set obstacles. 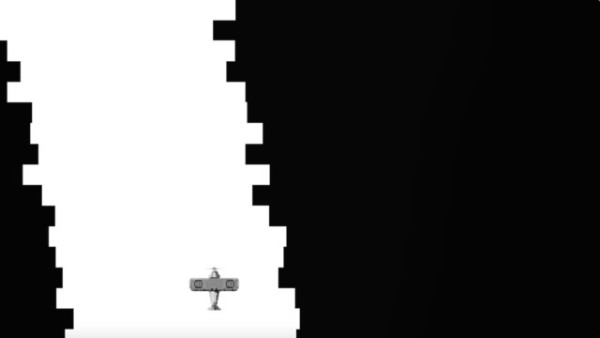 The developer has the following plans for upcoming version(s):

StealthFly was recently released this month in the App Store and is available on both iPads and iPhones for $2.99.  It is also available for purchase on the Google Play Store and the Amazon App Store.

Click here to view the Kickstarter campaign for StealthFly.