When I got my first smartphone back in 2009, I immediately 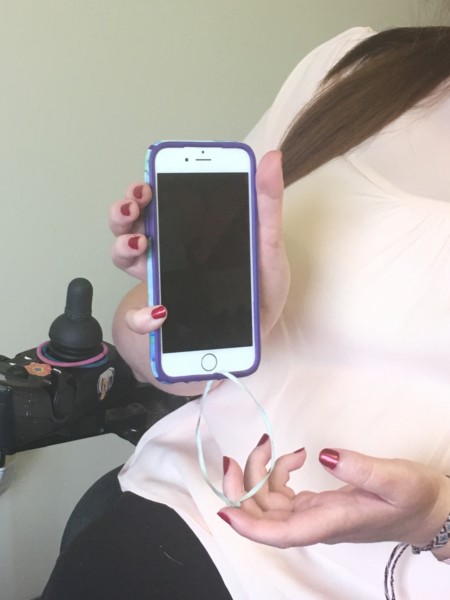 had to place it in inside of a case.  I didn’t have a good record keeping my previous phones in good shape (there wasn’t enough duct tape to keep them in tact.)  Having the iPhone was no exception to my clumsiness; I continued to drop it day after day even in a rubber grippy case.  Though the case protected the phone, I still needed something to put on the case so it was a) easier to hold and b) easier to pick up from the ground using a grabber.  I ended up tying a ribbon to the case (as demonstrated in the image on the left).  This works wonders, trust me, but after so long, the ribbon stretches the case out and eventually rips it.  (Sniffle.)  The developers behind the Loopy Case have provided an ingenious solution.

The Loopy Cases were developed by three brothers from Indiana and Purdue Universities.  They’ve been designing the Loopy design for almost 3 years.  “With winnings from IU and Purdue competitions, we were able to secure our patent and get prototypes rolling!”

The goal behind the case is to provide smartphone users with a way to protect their phones, and also make them easier to hold in the first place.  Most importantly, in my opinion, they wanted to accomplish this without adding bulk.

Features of the Loopy Case:

To learn more about the Loopy Case, click here!