Looking for a fun game to practice critical thinking and problem-solving?  Look no further than the Mental Blox Game from Learning Resources.  Mental Blox is a “brain-boosting, block-building, make-you-think game.” 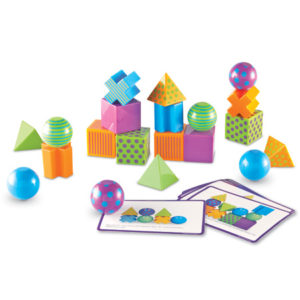 This brain-boosting game for ages five and up includes 20 blocks in 4 different shapes with 3 different attributes.  There are also 20 double-sided cards that encourage critical thinking.  There are two ways to play: