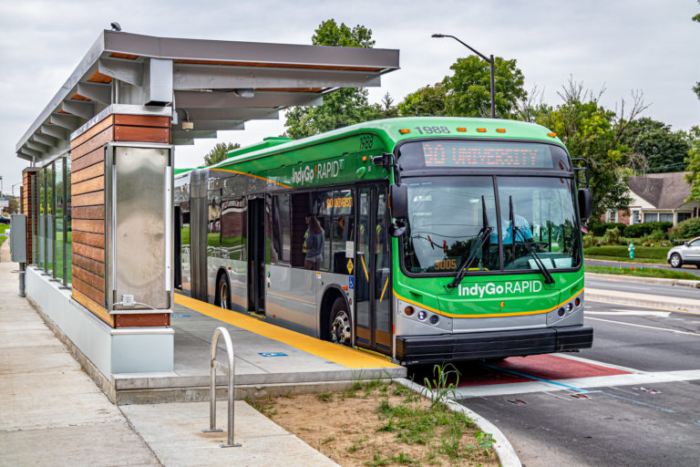 When Easterseals Crossroads’ INDATA Program Manager Tracy Castillo ventured out to help test a travel app for people with cognitive disabilities, she was nervous, as she had never ridden the public bus system before. Soon she was in for a remarkably smooth journey, which is hopefully what the intended audience for the app will experience soon as well.

Easterseals Crossroads is aiming to revolutionize public transportation for people with cognitive disabilities across Indianapolis. To this end, the organization is helping Colorado-based AbleLink Smart Living Technologies develop its winning submission to Ford Motor Company’s City: One Challenge.

AbleLink proposed the WayFinder app, which thoroughly guides users through the travel process, from reminding them when to leave to providing directions through pictures, text messages or voice prompts.

“We are greatly honored to have this opportunity to work with Ford Mobility, IndyGo and Easterseals Crossroads to help improve the lives of individuals with cognitive disabilities and others with special needs through the use of our SMART WayFinding technologies,” Dan Davies, founder and president of Ablelink Smart Living Technologies, said in an official press release.

The WayFinder app is now in the pilot phase. Easterseals Crossroads’ Transition Specialist Keith Fox is out on the front lines testing it with various groups on the IndyGo bus system. 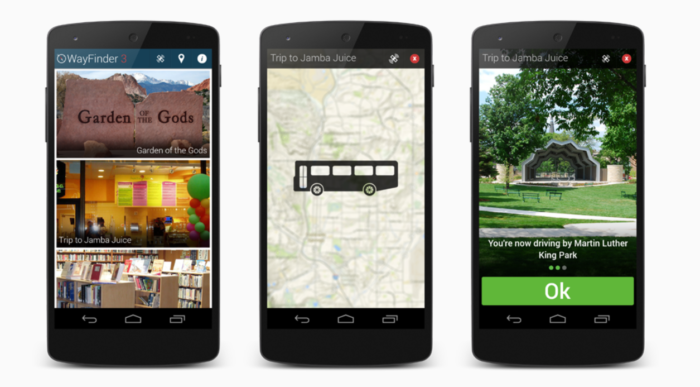 Users choose from a set of preloaded routes, clicking on a picture of their desired destination and letting the software guide them from there. Like a tour guide, a voice assistant tells them where they’re going, pointing out important landmarks along the way and instructing them when to pull the cord that alerts the bus driver when to stop.

One of the best aspects of the app is that it allows caregivers or support professionals like Fox the ability to create customized routes. A wizard component guides you to record audio prompts, select images and create steps the user will experience along the route. Route builders can fill the routes with landmarks they think users will find most familiar or helpful. One of the routes Fox created points out a Buffalo Wild Wings restaurant near the destination. “I put that in there because I go there a lot. I love chicken wings,” he said with a chuckle.

Caregivers can also connect with users through the app and track their routes in real time to make sure they arrive at their destination safely. Once a route is underway, caregivers can receive time-stamped location updates. WayFinder allows for geofencing of the locations on all routes. This means anyone using the app can have notifications sent to themselves or their caregiver if they go off route. An “I’m OK” button alerts caregivers when users make it to their desired location.

“The app provides independence, but keeping caregivers in the loop allows for backup support,” Fox said. “It also gives everyone peace of mind. So, it’s a win-win all around. There’s nothing better than that.”

Taking WayFinder to the Streets 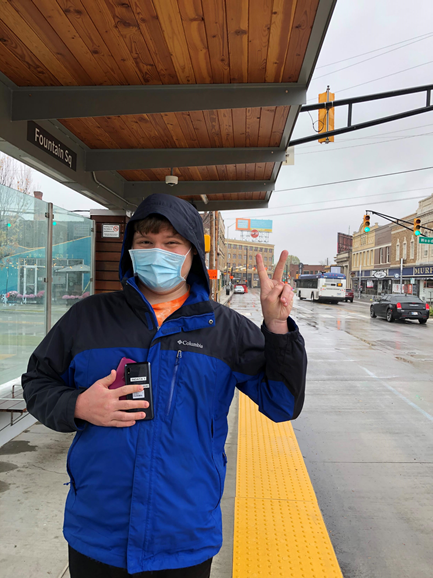 Castillo needed this sense of comfort during her first trip on the IndyGo bus.

“I later realized that my anxiety was helpful, as it put me in the perspective of someone using the app for the first time,” Castillo said. “Being in that headspace helped me determine what aspects of the app needed further development.”

Castillo’s role involved taking photos, marking locations with GPS and uploading both into the app’s route builder program. She included photos of the bus card reader and pull cord to familiarize users with the vital details of the bus experience.

In addition to AbleLink, Easterseals is working with the Australia-based company Briometrix to map the mobility of pathways near IndyGo’s future Purple Line stations. Soon, whether you’re riding the bus or making your way around it, the public transportation system will be entirely inclusive and accessible.

After her first ride, Castillo said she was a bit sad to hop off the bus.

“Then I realized that this fun adventure for me represents so much more for people with disabilities who depend on public transit,” she said. “For them, this bus ride represents independence and inclusion in the community.”