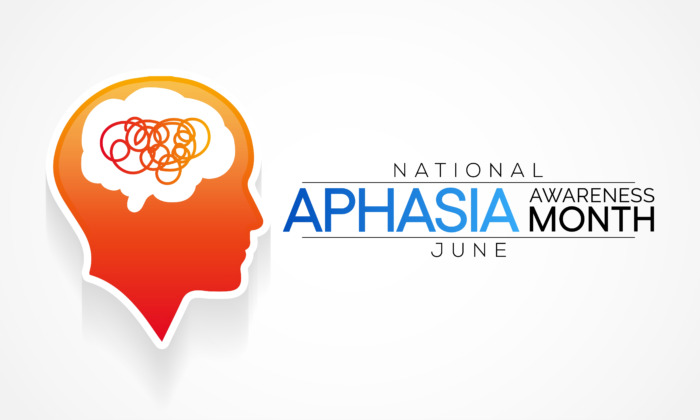 Despite the fact that over two million people in the United States have aphasia, 84.5 percent of Americans have never heard of this disorder.

“That’s why it’s particularly important to spread information, not just in June for National Aphasia Awareness Month, but all year round as well,” said Brian Norton, director of assistive technology at Easterseals Crossroads. “It’s important to better understand aphasia so we can create better communication experiences for people living with it.”

Aphasia typically occurs in older people, and it’s a result of a brain injury, most commonly from a stroke. Roughly 25 to 40 percent of stroke patients acquire aphasia. But it can also come from head trauma, brain tumors or infections. It impacts a person’s ability to express and understand written and verbal communication.

The different forms of aphasia include:

Global: This is the most severe stage of aphasia. People at this level cannot read or write. They can come up with a few common words, but otherwise they understand little to no spoken language. This may be the stage people find themselves in immediately after a stroke, but they can rapidly improve if the damage to their brain isn’t too severe.

Broca’s (non-fluent aphasia): People at this stage can utter just a few words. They can read and understand speech, but they have difficulty writing.

Mixed non-fluent aphasia: While people at this level can speak in spurts like those with Broca’s, they have trouble understanding speech in return. And they cannot read or write beyond a basic level.

Wernicke’s (fluent aphasia): While they have a greater ability to speak, people with Wernicke’s struggle to understand the meaning of spoken words as well as written language.

Anomic: People with this form of aphasia have a hard time finding the words for what they are trying to describe. For example, they might end up saying “thing” instead of the actual object. They struggle with word selection in writing as well.

Primary Progressive Aphasia: While the other types of aphasia occur from stroke or brain injury, this one stems from such neurodegenerative diseases as Alzheimer’s, and it develops more slowly over time.

Speech therapy is the main treatment for aphasia. At the Rehabilitation Hospital of Indiana (RHI), Speech-Language Pathologist (SLP) Teresa Cochran guides patients through an extensive assessment of all forms of communication, including verbal expression, written language and comprehension in both reading and listening.

After a thorough assessment, SLPs use evidence-based practice treatment techniques for language rehabilitation to determine the best therapy for the best outcomes.

“We use Semantic Feature Analysis, a strategy that focuses on the meaning based properties of nouns,” Cochran said. “The patient ‘talks around the word,’ expressing one or as many of the ‘features’ of the word as necessary (category, description, location, association, action, and function). This facilitates the person with aphasia finding the word themselves, or giving enough information that their listener fills it in, and the communication keeps flowing.” 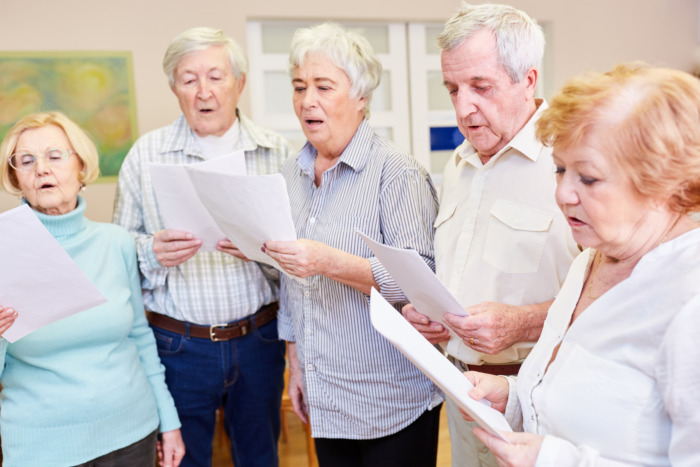 If someone is at the severe level of not being able to talk, they can take the unique approach of singing therapy. Melodic Intonation Therapy is an evidence-based treatment method using intonation (singing) to improve expressive language. People who can’t talk can still sing because singing is a right-brain function. Aphasia affects the left hemisphere, which is used for speech. Using this technique accesses the undamaged part of the brain.

Verb Network Strengthening Treatment is a verb-centered treatment that promotes generalization to noun and verb retrieval. It focuses on improving word finding in order to produce sentences. The patient is given a verb, and they creates three different sentences using that verb. 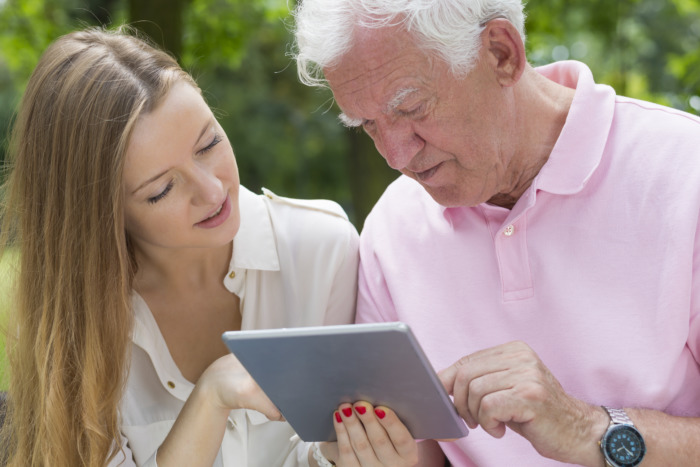 Technology can also play a role in treatment. With augmentative communication devices, people with aphasia can express themselves via various videos, pictures and icons.

Like any effort, overcoming aphasia takes practice. Patients shouldn’t wait for their therapy session to work on improving.

“Follow through at home is key to the rehab process,” Cochran said. “So is family/caregiver support.”

One of Cochran’s “all-time favorite success stories” involves a patient following through at home with the help of his family.

“He started at the severe Global stage, but he worked so hard, and his wife attended all of his sessions,” she said. “He was diligent about doing his homework, and he progressed to the point of being able to talk on the phone with his daughter, telling jokes and having conversations in which he was able to find the right words, listen and understand.”

Another memorable success story stands as a testament to the power of music and encouragement. 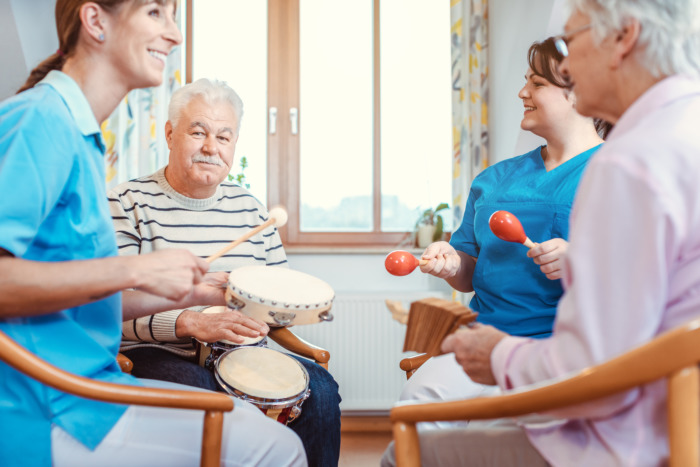 “This patient had a history of multiple strokes, and his severity of aphasia was significant enough that he came into his assessment with an augmentative communication device,” Cochran said. “We worked on him with strategies for word finding, and he progressed enough to express four things about himself for the ‘More Than My Brain Injury’ awareness campaign. He returned the next week with his drumsticks in hand, as we had learned in our last session that he was a musician. I asked if he had been playing recently. He was able to convey that he played ‘some songs.’ I asked if he had tried reading any new music, and he looked down and sheepishly said, ‘No.’ I asked if he was afraid he couldn’t read it, and he admitted he was. Knowing that music uses a different area of his brain, I was pretty confident he could, despite his difficulty with reading words. Perfect plan for therapy that day! I pulled up some sheet music on Google, he played his sticks on my desk with a familiar song, then he chose an unfamiliar song. He was hesitant to try it, and I was so thrilled he did! He learned that day that he could still read music! He played ‘All Right Now’ on my desk, and then again in our therapy gym to a small audience. Best therapy session ever!”

Cochran’s encouragement and focus on his ability rather than his disability changed the patient’s attitude as well as the way she approached therapy.

“He returned the next week and told me he was going to start playing at his new church here in Indy,” she said. “I’ve practiced for years, and although I was confident he’d be able to read music, I needed to remember that our patients need to know what they can do, not just what they can’t, when they come to us for help.”

This patient’s musical performance is a perfect example of what the National Aphasia Association wants to show people through its Picture Aphasia campaign in honor of Aphasia Awareness Month.

“Aphasia is an invisible condition, so it’s important to show how it affects people’s day-to-day lives and, more importantly, how they persevere,” Norton said. “They persevere with the help of people like Teresa at RHI, but they also have the simple strength of the human spirit. They’re more than their brain condition. They’re husbands, fathers, wives, mothers, drummers. This month and into the future, we need to show that to the 84.5 percent of Americans unfamiliar with aphasia.”