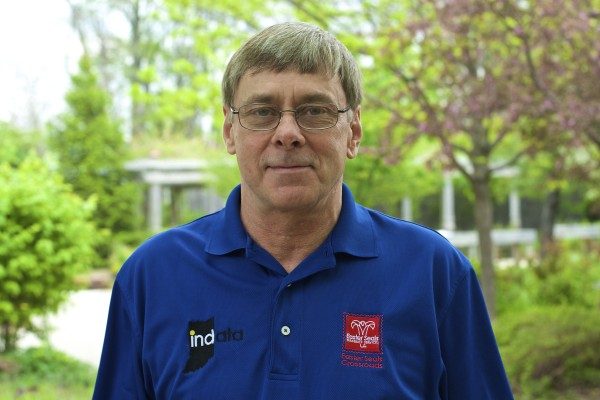 Steve’s career started in 1978 at Snap On Tools, a manufacturer of hardware products. He left the company in 1980 and joined the Marines. He was stationed in California for four years before he received an honorable discharge. Steve then went back to Snap On Tools in 1984 for another 12 years and decided to join the Army National Guard, where he served on weekends while living and working in Indiana.

He now works as an equipment specialist in the INDATA Project’s equipment loan library, assuring devices get loaned to consumers in a timely manner. He is responsible for taking care of and organizing the equipment. He prides himself on doing his job to the best of his ability. Steve graduated from John Marshall High School and then served in the Marines. Steve’s personal mission is “to do the best job he can to help others who need assistive technology.” When he is not working, he loves to spend time with his grandkids and also likes to play ping-pong and pool.