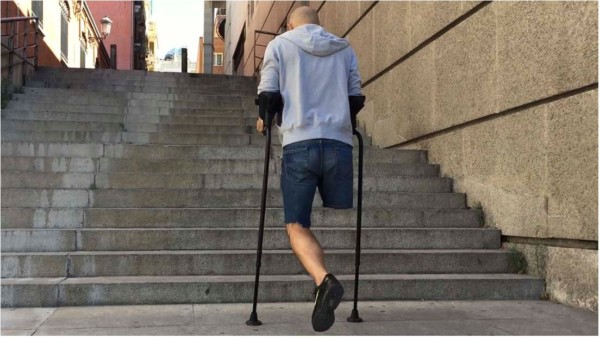 The design, structure and function of crutches has remained relatively unchanged for almost 4,000 years. Plenty of advancements in medical technology have occurred over the millennia, but crutches have essentially stayed the same.

“We are sure they will help improve the patient’s quality of life.” – Marino Gomez Santos, Director of Hidelsa Orthopaedics

“During the week that I’ve been with a KMINA crutch, I’ve felt so comfortable because it’s a lightweight crutch.” – Charo

According to the Eunice Kennedy Shriver National Institute of Child Health and Human Development, 6.5 million people use a cane, walker or crutches to assist with their mobility. Almost seven million people in the United States are using outdated technology every day. 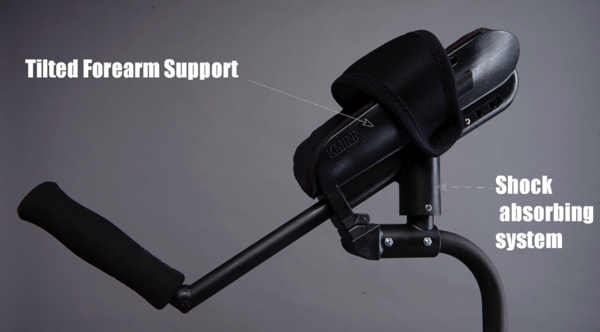 Traditional crutches put pressure on the underarms, strain on the forearms and stress on the hands, causing pain for users both with and without disabilities or special needs. After many prototypes and tested on many users, KMINA crutches offer a comfortable, lightweight and affordable alternative.

“I don’t feel the pain in my hands. I can tell that I use my legs less, around half than normal.” – Iñaki Luna 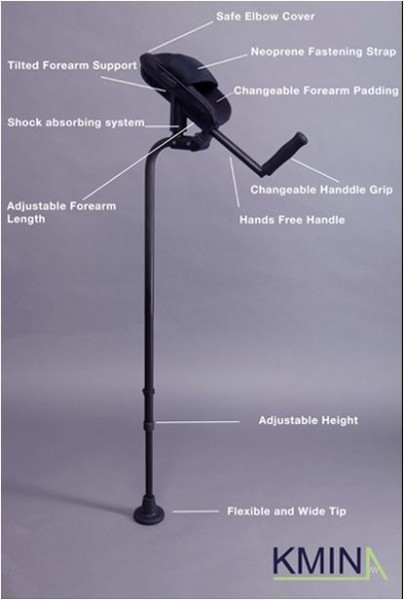 Other features of KMINA crutches:

“With these crutches I feel more comfortable and I can walk faster than with my crutches. They are very good crutches.” – Ivan

With KMINA, you will never walk alone again. Right now, the team behind KMINA crutches hopes to hit the market in early 2017. But you can reserve them now! Learn more here: http://kmina.es/en/.