Peri Rogowski’s passion for assistive technology is a large part of what defines her. Last month, the INDATA Project at Easterseals Crossroads presented Peri Rogowski with the Indiana Assistive Technology Champion award, honoring her decades-long dedication to the AT field.

“In the 25 years I have worked in the AT industry in Indiana, Peri has always been in the picture,” said Easterseals Crossroads Vice President Wade Wingler. “She was instrumental in providing direct AT services early in her career. As her career progressed, she took on leadership roles within the state to ensure funding for and availability of assistive technology to people with disabilities. She has the heart of a service provider and the savvy of an executive. The combined impact has resulted in AT remaining a priority for state and federal funding.”

Rogowski is currently the State Planning Director at the Indiana Department of Homeland Security. Prior to this position, she served the state in several roles including: AT lab program director for Blind and Visually Impaired Services (BVIS), a program of the Bureau of Rehabilitation Services (BRS), a Division of Disability and Rehabilitative Services (DDRS); manager of Veterans Services and Special Projects at BRS; director of Specialized Services and Support Programs at BRS; and adjunct professor of American Sign Language (ASL).

Where the Journey Began 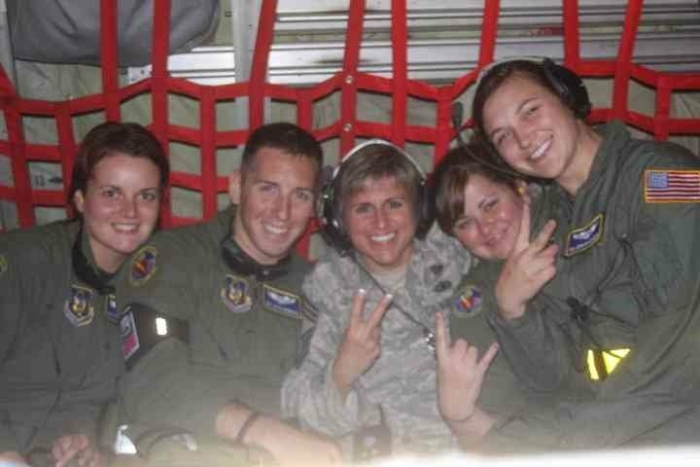 Rogowski’s passion for assistive technology was sparked in the midst of her military service.

Back in the ’80s, she served as a maintenance education and training technician in the United States Air Force. She recalls an instance in which she helped a refueling boom operator build a platform by her feet that allowed her to reach the plane’s refueling instrumentation panel. 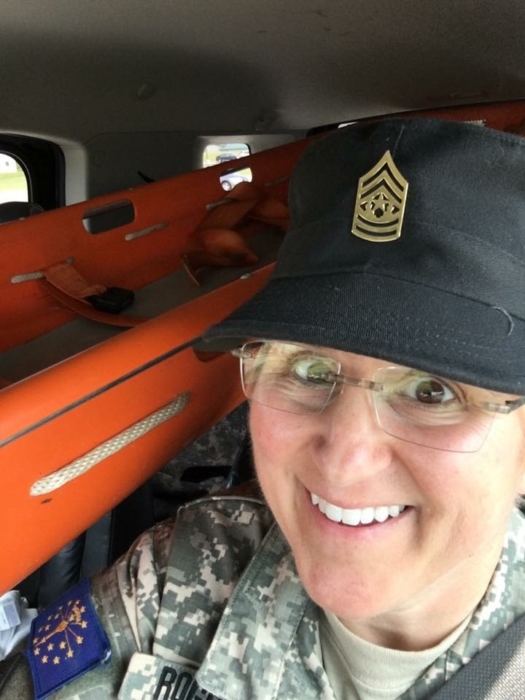 “And we painted the platform pink,” she said with a chuckle. “I didn’t realize at the time that it was a perfect example of assistive technology.”

From that point forward, Rogowski opened her eyes to the vast array of opportunities within the AT world. Her first major AT-related position was as the state’s AT lab program director in 1999. She drew upon her degree in American Sign Language as well as her years of education and training experience in the military to serve individuals who are blind, deaf/blind or visually impaired.

This is also when Rogowski’s relationship with Easterseals Crossroads began.

“They helped me find the best tools and learn how to best use them,” she said. “With their help, we went from a two-station lab to having over 20 stations and a very robust training program.”

When she moved on to the Bureau of Rehabilitation Services, Rogowski became the manager of the grant that ended up funding the INDATA Project in 2007. 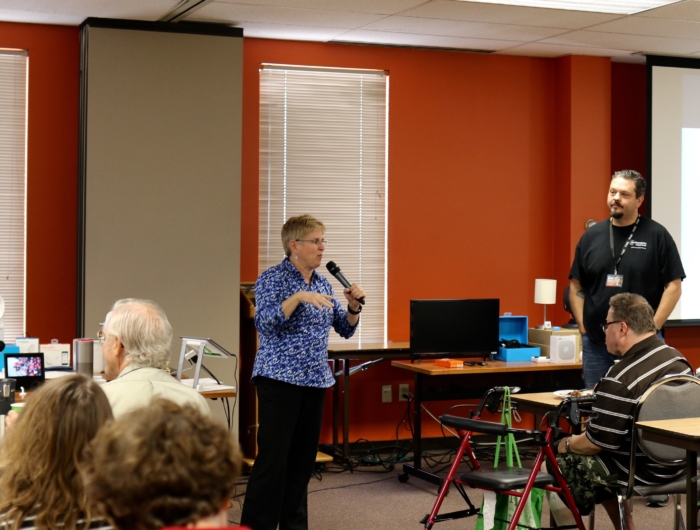 “It was the best thing that could’ve happened because they’ve done such a fantastic job with that program,” she said.

Rogowski carried the knowledge she gained from Easterseals Crossroads and beyond all the way to her current position at the Indiana Department of Homeland Security, where she explores how to utilize assistive technology in emergency management and times of disaster.

Assistive technology is now part of Rogowski’s daily vocabulary, and she says it’s practically part of her DNA. 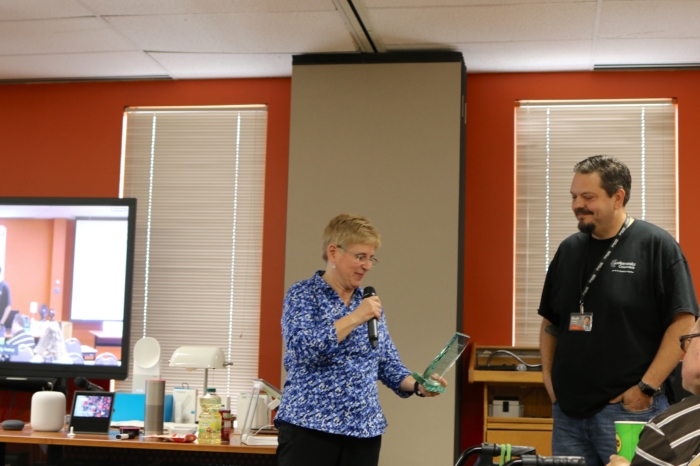 “I think about it all the time, I talk about it all the time,” she said. “We all do really. It excites me that a lot of mainstream apps are essentially assistive technology. Look at Siri and how so many people use it in their everyday lives. As trends like that happen, more opportunities open up for people with disabilities to receive assistive technology at an affordable cost.”

Rogowski has a deep belief in making the world equal and accessible for everyone. From her involvement in the military to her work for the state and its residents with disabilities, she has “lived a life in service of others.” 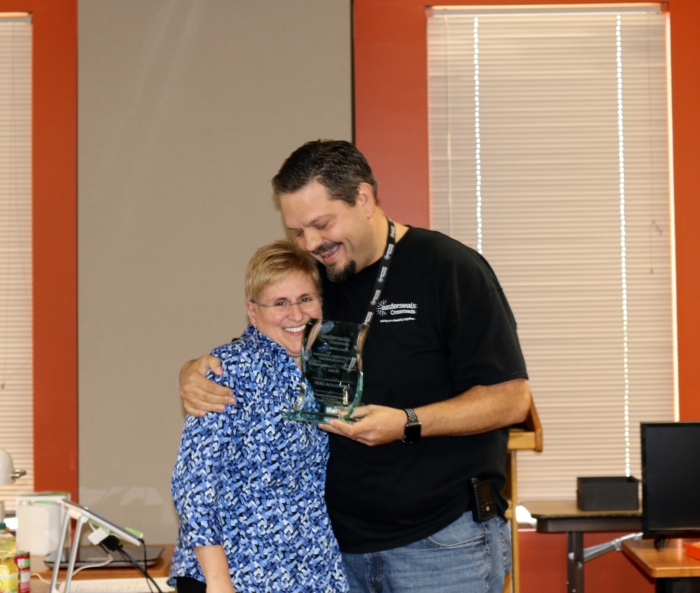 Above all else, Rogowski is passionate about making life better for those around her. She’s not in it for awards, but she is certainly deserving of the recognition.

“I’m humbled and honored to receive the AT Champion award from INDATA,” Rogowski said. “It means a lot because I believe so strongly in assistive technology. It puts everyone on the same playing field and makes life easier for people with and without disabilities. I will always be a champion of it.”