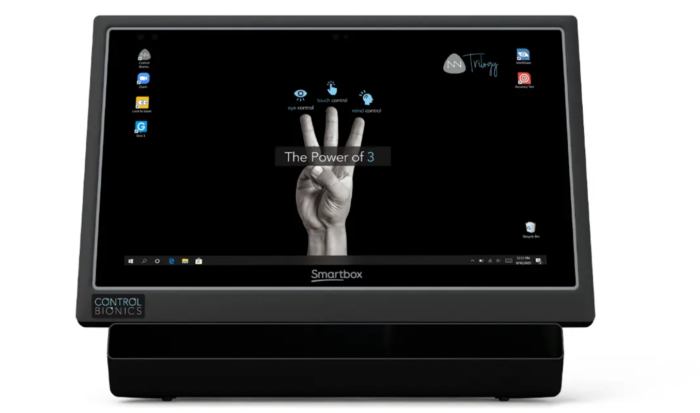 As the Australian company Control Bionics states, its new GridPad Trilogy™ product line is “the world’s fastest, lowest-fatigue communication and control system for people living with conditions resulting in paralysis and loss of speech.” Among others, those conditions include ALS, cerebral palsy, motor neuron disease, spinal cord injury and spinal muscular atrophy.

The NeuroNode’s EMG signals — or electrical activity detected in muscle movements — are sent to the GridPad computer system via wireless Bluetooth technology. From there, users can access and control speech software, email, text messaging and social media. 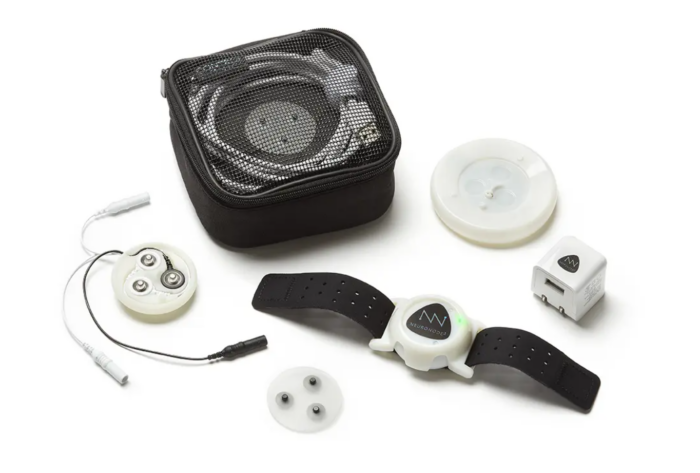 “The key point of the NeuroNode device is that it works for people with extremely low ability to move,” Control Bionics CEO Rob Wong said in an interview with AT Today. “When you send a signal to the AAC device via a small movement, think of it as a mouse click. We combine this movement with Eyegaze Technology, which is the controlling of an AAC device through eye movement. Clients can look at different buttons on a screen and then make an eye movement to select the desired option.”

Eyegaze gives users a limited time to take action, selecting buttons within seconds of their eyes landing on them. The NeuroNode, on the other hand, doesn’t select anything until it detects clear, intentional movement.

The GridPad Trilogy has the same great benefits and three-in-one solution found in the preceding NeuroNode Trilogy. But it’s now decked out with added durability and best-in-class battery life (lasting up to 12 hours). Its new benefits also include additional switch ports, built-in IR and improved speaker output.

James Schorey, Chief Technology Officer at Control Bionic, said in an interview with AT Today: “The new GridPad Trilogy will be an integral part of our product line, further enhancing our augmentative communication device offering. While our current Trilogy solution will offer clients portability and speed, the new GridPad Trilogy is a more robust solution. It has unmatched battery life, sound quality and durability, rounding out our line to appeal to all needs.”