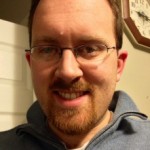 After the success of our Higher Education and Assistive Technology (HEAT) Training (you can view the archived video of this training at www.livestream.com/indata), we thought it was appropriate that we hear from one of our favorite guest bloggers, Derek Daniel. In case you have a case of the Tuesday mornings, let us refresh your memory. Derek is a local pastor who has a rare degenerative eye disease called Leber’s Hereditary Optic Neuropathy (LHON), a hereditary disease that only about 10,000 Americans have. 10 years ago, Derek began not only his journey as a blind person, but as a college freshman. Over the next two posts, Derek will share some insights and advice as to what he wished he had known at the beginning of this journey, the ups, the downs and everything in between.

5 Things I Wish I Knew When I Went to College

As I begin this blog, I invite you to take a journey with me. It has been exactly 10 years since I began my college experience. In January 2002, I moved into a dorm room at Indiana State University. Keep in mind that I had just lost my site in August 2001. I was about 6 months into being a blind person and now, I had to figure out how to be a college freshman. All of the kids I graduated with that were attending Indiana State had started in September and had already experienced all of the “first time” college things. When I arrived, none of them seemed to care when I got excited about going to the cafeteria, walking around campus or living a block away from a Taco Bell. They had, as we say, “been there-done that.” So, as we take this journey together, I just want you to know that not only was I dealing with being a blind person after living as a sighted person for 18 years; I was also trying to figure out what being a college freshman was all about. Now let’s take a stroll back down that old familiar road-memory lane…

The first thing that I really wish I understood going into college was the vast layout of a college campus. If you take a stroll through almost any campus in the U.S. you will find a lot of similar things. One of the main things you will notice is the odd placement of sidewalks. Sidewalks? Why is that important? Well, let me explain. For all of you out there who are visually impaired, you know how much we depend on a grid system; left, right, north, south and so forth. However, the way sidewalks work on college campuses is as follows: where ever a path has been created by students walking through the grass, a new sidewalk is built eventually. Therefore, as you can expect, there are a lot of various and odd looking sidewalks throughout the campus. This made it quite difficult to get around easily. Along with the oddly angled sidewalks, most of the buildings all looked the same. The liberal arts building looked like the science building and the science building looked like the music building. Now, you may say, “you are blind! What does it matter what the buildings look like?” Well, when you are visually impaired, you use certain landmarks to get around. When all of the landmarks look the same, that makes it very difficult to figure out where exactly you are. I am sure that there is no way to fix these problems, but I sure wish someone would have prepared me a little better for these different situations on a college campus.

2. Loneliness is Real-Even in College

Okay, why in the world would I be writing about loneliness? Because I was abundantly unprepared for this emotion. At the time I started college, I had a guide dog, a yellow lab named Scout. (Note: just wanted to give a “shout-out” to my wonderful guide dog Scout. He was an amazing dog and a great friend when I needed one. For any of you who are visually impaired and are considering a guide dog, it was a wonderful experience for me.) Now, my guide dog was great; however, it was very one-sided conversation with him. Because of my equipment and the dog I was in a room by myself. While everyone else was getting to know their new roommate and potentially making a lifelong friend, I was sitting alone with only my thoughts. As the days crept on I found the weight of loneliness to get heavier and heavier. I really didn’t want to get to know people because they would just have to deal with my blindness. Remember, it had only been about 6 months since I had lost my site, so I still considered myself a sighted person for the most part. I couldn’t even deal with my blindness: How could I expect others to? So, I spent 90% of that semester sitting in my room, eating whole pizzas by myself and wishing that someone would come along who didn’t see me as a “blind person,” but just saw me. I did eventually meet that person, but will get to that in just a bit.

3. Good Help Is Hard to Come By

Let’s just say one thing right off the bat: we live in a very sighted world. Now, that doesn’t mean we aren’t a part of that world, it just means we have to try a little harder. On a college campus, there is a department most commonly called “Student Services.” The main job of this department is to help students with different disabilities. They might be reading a test, provide a space for taking tests if you need longer time periods or recording books on audio. In an ideal situation, these people are very helpful and very accessible. In most situations, their help is mediocre and their accessibility is very low. At Indiana State, this department was surprisingly helpful. You could tell they had been doing this for a long time and had a good handle on what their role was as a department. However, I did attend another University (which will remain nameless) that was, well, not as good at their job. It quickly became my job to be my own advocate. As I may have mentioned before, the burden to get help completely fell on me. This wasn’t a bad thing but I just wish I had known it would be my job when I arrived at college. Becoming your own advocate is almost 2/3 of the battle. I would say the other 1/3 is overcoming all of the other obstacles. If you can learn to stand up and use your own voice, you will go far in a college experience. It would have been nice to know that in the beginning so that is why I tell you that now.

Check back tomorrow to read the rest of Derek’s story!