Is it a bird?  Is it a plane?  Nope!  It’s a drone flying above, sure to make your child’s day!  Assistive technology can be as portable as a smartphone or as unwieldy as a wheelchair desk.  And now assistive technology may be found soaring through the mighty sky!  In the spring of 2013, “Taking Autism to the Sky,” otherwise referred to as TATTS, was formed by a group of parents to help their children with autism develop important social skills.  Their solution?  Flying drones. 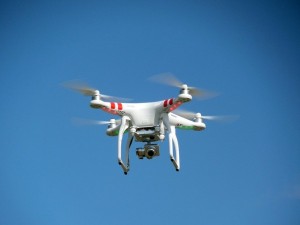 Medical experts say the biggest challenge for children with autism is understanding social behavior.  Dr. Peter Williamson, a pediatric neuropsychologist states, “They don’t share that experience.  They don’t seek out other people.  They don’t initiate interactions with other people.  They are very insular, self-contained.”  As a result, many children with autism aren’t able to be involved in extracurricular activities due to the nature of autism itself.  Fortunately, with recent technological advancements, people with autism can share their love of technology as a group.  Forming and sharing such a strong, common bond strengthens their understanding of the world and friendship.

Paul Braun was inspired to start TATTS by his son Mitchell who has autism.  After years of different therapies, Mitchell still struggles to understand and fit into his surrounding world.  Flying these drones has changed that.  “We’re often looking for ways to give them something to do and some way to interact with others, their peers,” Braun said.

In TATTS, the children work on every aspect of the drones including building and customizing one for their needs.  They can be the pilot or navigator of the drone, then edit the film they took with the drones.  “All of a sudden, these kids start talking to one another.  They start relating to one another.  And so technology is a perfectly good hook,” said Dr. Williamson.  Huge strides in building friendships have been accomplished through this common love for technology.

According to doctors, about 50 percent of children with autism can function well enough after school.  But programs like TATTS may be a first step toward a brighter future for these individuals.  “And so this can actually help kids develop certain skills in technology, in computer science, in mechanics,” said Dr. Williamson.

After nearly two years, parents of these children working with these drones have noticed a huge difference in their children’s social behavior.  They used to dream of their child forming a friendship, and thanks to TATTS, this dream has become a reality.

To read more on TATTS, check out the Taking Autism to the Sky (TATTS) blog.