It’s almost been one year since Apple announced its first ever wearable, the Apple Watch.  Since its official release back in April, several individuals have experienced the convenience of the wearable.  How might those with visual impairments reap the benefits of the watch too?  AppleVis has provided a great directory of Apple Watch apps that are partially or fully accessible for the visually impaired.

According to AppleVis’s about page:

AppleVis is a rich resource that strives to empower the community by offering multiple pathways to access and share relevant and useful information.  With this information, the vision-impaired become more informed consumers of these extremely popular mainstream products, and are better-equipped to access and enjoy the features and functionality that most sighted users take for granted.

There are many helpful resources available on the AppleVis website for the visually impaired, including podcasts, guides, forums and more covering Apple’s mainstream devices.  There is also a directory of apps categorized by iOS devices, Mac, and most recently, apps for the Apple Watch. 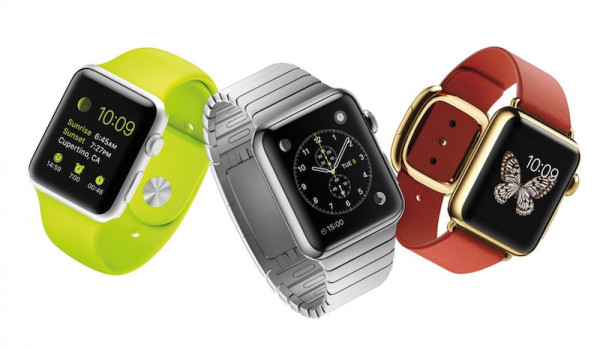 Audio Memos is noted as “partially accessible” on the AppleVis site.  It is a high-quality audio recorder with an intuitive interface, making it easy to use for a majority of its users.

The author of the post on Audio Memos commented on the app’s accessibility: “All of the buttons in this app are unlabeled.  VoiceOver reads ‘Audio Memos Pro’, followed by several unlabeled buttons and at least one element which VoiceOver doesn’t speak at all… The Glance is accessible, though it doesn’t appear to do much else other than show one how many memos they currently have in the app.”

QuickBooks Online is a “fully accessible” business app that allows you to “run your entire business with the #1 small business cloud accounting solution!”  Within the app, visually impaired users will have complete access to the data within the glances and notifications, with the exception of graph images which are ignored by VoiceOver.

The Starbucks app for iOS devices is the “quickest, easiest way to pay for your coffee—no wallet necessary.”  The app features a user-friendly interface, more personal dashboard experience, digital tipping, Apple Pay and more.  All of the information presented in the Starbucks app is available for VoiceOver users.  However, “The map directions and purchase functionality is complicated.”

The ViaOpta Nav app was designed to allow an individual who is blind or visually impaired to move independently.  Within the app, users can enter their destination and receive step by step directions from their current position to their destination.

The reviewer of the app stated that the app is “fully accessible.”  The app is only on its first release but already, “It’s a great example of how the Watch can be made an extremely useful tool for blind users.”

Lifeline is a “fully accessible” gaming experience on the Apple Watch.  The game is a “totally unique experience enabled by modern devices.”  The reviewer of the app stated on Lifeline’s accessibility: “The developer is apparently responsive to accessibility, as VoiceOver is mentioned in the release notes for the last release.  The two finger scroll is your friend on this one, because all the messages appear on the screen and sometimes that hides the choice buttons.”