Intro to Letters by Montessorium is an app that teaches children how to trace, read, write, and record letter sounds, names, and phonograms in English.  The app is based on the proven Montessori methodology. 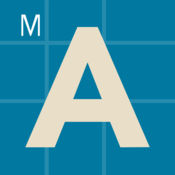 The Montessori Method was developed by Maria Montessori who was a scientist and educator.  She discovered that because children are innately curious, they don’t need to be forced to learn.  The method is further described as:

“With these insights, Maria Montessori created a unique approach to education, one that concentrates on the specific developmental needs of the child.  There isn’t one way to learn, and more than there is one curriculum for everyone.  Montessori believed that everyone learns differently, and at their own pace.  The Montessori method has successfully been practiced for over a century.”

While practicing on Intro to Letters, children will learn:

The app includes the following activities:

The app is available on both Android and iOS devices.  Click here to learn more.