Are you looking for an app to help teach your child the alphabet?  The Starfall ABCs app encourages a child’s learning through positive reinforcement and play. 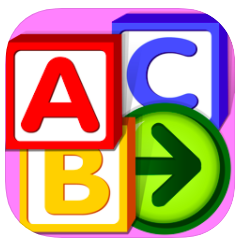 The developer of the app, Starfall.com, opened back in 2002 as a free public service to teach children how to read.  Here’s more about Starfall:

“Since [2002] it has expanded to include language arts and mathematics for preschool, kindergarten, first grade, second grade, and third grade.

While playing on the Starfall ABCs app, children will learn to recognize letters while developing the skills they need to become confident readers.

Overview of the Starfall ABCs app:

Check the app out on the App Store or Google Play to learn more!