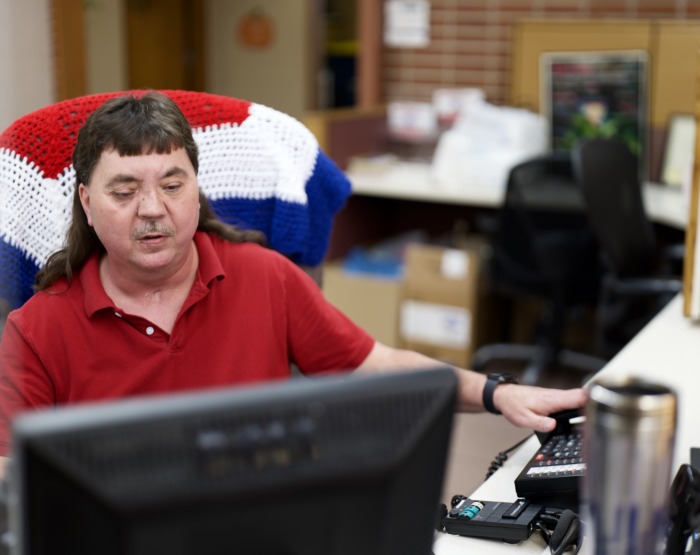 Randy Berg is lucky to be alive. During a motorcycle ride on a warm spring day back in 1987, he ran off the road and flew face-first into a tree whose branch poked out his right eye, which was later replaced with a prosthetic one. Crushed nasal bones severed his left eye’s optic nerve. He lost so much blood in the accident that he died on the operating table five times. Circumstances looked dire for him, but doctors knew he had a fighting chance when one of them checked on him after surgery. Berg asked for a pen and a piece of paper, on which he wrote, “I (heart symbol) Nikki” — his three-year-old daughter, whom he started raising on his own shortly after the accident. 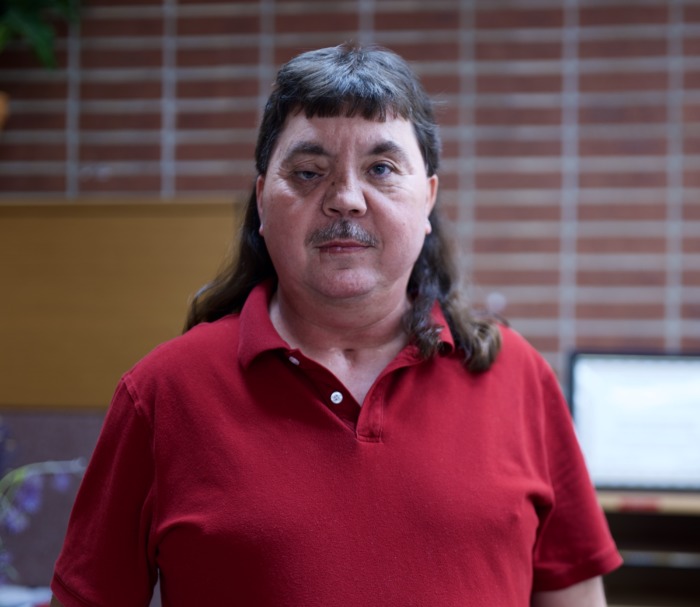 “I never looked back,” Berg said. “I thought, ‘I have a life to live and a daughter who needs me.’ So I just moved forward.”

As a veteran, Berg was fortunate to have access to a wide world of assistive technology.

Right on the heels of graduating from Terre Haute South Vigo High School, Berg enlisted in the U.S. Navy and underwent boot camp training in Orlando, Florida. He also attended Hull Maintenance Technician Fireman (HTFN) school in Philadelphia, receiving training in welding, pipefitting, firefighting and Nuclear/Biological/Chemical (NBC) warfare defense. Randy was ultimately stationed on the USS White Plains AFS-4 7th Fleet in Yokosuka, Japan. It was a large supply ship for which he served as a hull maintenance technician, keeping the shipboard structures and surfaces in shape.

After losing his sight from the motorcycle accident, Berg applied for Vocational Rehabilitation Services (VR), which referred him to Easterseals Crossroads (ESC) for an assistive technology evaluation. After ESC determined he would need a computer, VR hooked him up with a computer, printer and monitor. They also connected a dial-up modem to the database at Indiana State University (ISU), where he was attending school.

Help for Those Who Served

Berg went on to receive services from the Visual Impairment Services Team (VIST program), which helps legally blind and visually impaired veterans adjust to vision loss. Every three years, the VIST staff at the VA Hospital in Indianapolis provides Berg with a new laptop. That way he can keep his technology current. They also assist him with such software as JAWS (Jobs Access with Speech), a computer screen reader, and the Pearl portable reading camera, which connects to a user’s laptop, takes a picture of printed material sitting on their desk and converts it into a document that’s instantly read aloud on their computer. 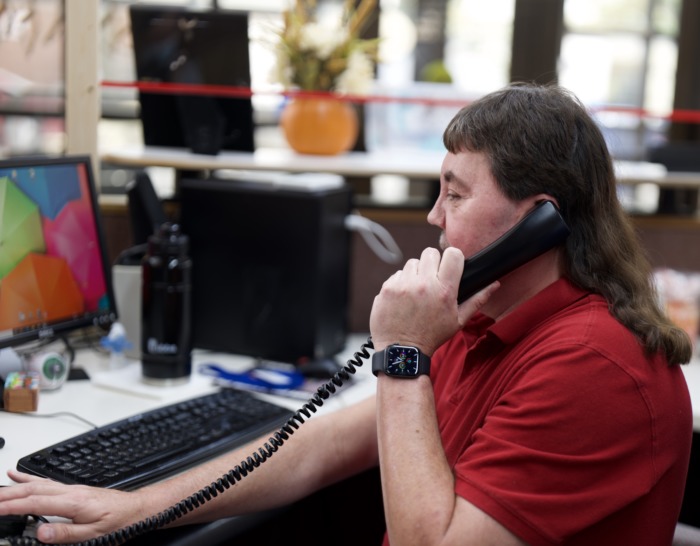 Berg now helps fellow veterans and people with disabilities through his work at the WILL Center, where he answers the phones, updates the website, manages social media and serves as a field trainer for interns from ISU’s social work department.

A few years ago, Berg reunited with one of the doctors who operated on him after his accident. When he and his son, Nate, took his grandson, Avery, to the hospital for an ear tube procedure, he spotted the surgeon. “Look at the family I have because of you,” he said to him.

Berg also credits all of the assistive technology specialists he’s worked with for the life he leads today.

One success story that stands out in her mind involves a veteran who, like Berg, faced difficulty reading.

“The veteran experienced some health issues and received frequent communication from his doctor that he couldn’t read,” Scofield said. “He lived with a family member and didn’t want them to worry about his health condition. He typically had this family member read his mail to him. VR&E provided him a device through which he could scan his written documents, and the machine would read him the material. He was very pleased with the training and device he received. Plus, he maintained his medical privacy while  understanding the correspondence sent to him.”

Easterseals Crossroads’ Director of Assistive Technology Brian Norton added, “As we celebrate Veterans Day this month, it’s thrilling to see how far we’ve come in this field in terms of serving the brave men and women who fought for us. Assistive technology has become a true lifesaver, and we’re grateful we can provide it.”