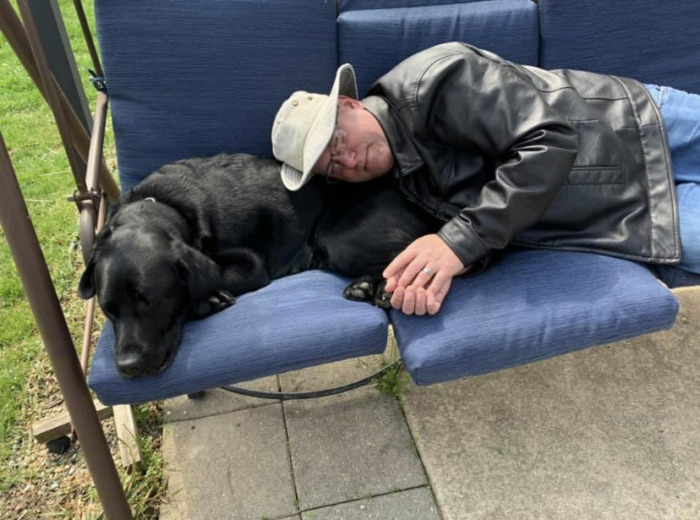 “He allows me to show people that I’m blind but can still be independent and do things just like everyone else,” Dave said.

As Dave will admit, this statement marks a stark contrast from the attitude he had years ago.

“As I was losing my vision, I was quite stubborn,” he said. “I didn’t want to use a white cane, and I resisted everything that would show people I was losing my eyesight.”

Dave’s path toward accepting his vision loss and embracing help from sources like Flynn has been a long and rocky road, but he’s grateful for where it’s taken him.

Turning a Mountain into a Molehill

Dave Brodzinski’s history of vision loss dates back to his birth. Born two-and-a-half months premature, Dave suffered from retinopathy of prematurity (ROP), which occurs when the incubator pumps too much oxygen to help develop a premature baby’s lungs, causing unwanted blood vessels to grow on their retina, leading it to detach from the back of the eye. Although he had a number of surgeries and experienced improved vision for a while, glaucoma eventually stripped him of his eyesight completely.

For a long time, Dave kept his blindness a secret, even from the parishioners of his local church in Granger, Indiana, where he has served in children’s ministry over the years.

“I actually took pride in knowing that half of my church’s congregation didn’t realize I had vision issues,” he said. “I would go with my wife, Sara, before church to trace my steps, find the stairs, and figure out where I would stand on stage.”

But as he quietly navigated through obstacles and faced further vision loss, Dave began to feel lost.

“I thought to myself, ‘What am I going to do?,’” he recalled. “‘How am I going to live and work independently and still feel like a valuable member of society?’ I felt like I had a huge mountain to climb. But when I started to learn what was out there to help me, including a leader dog, it made a molehill out of that mountain.” 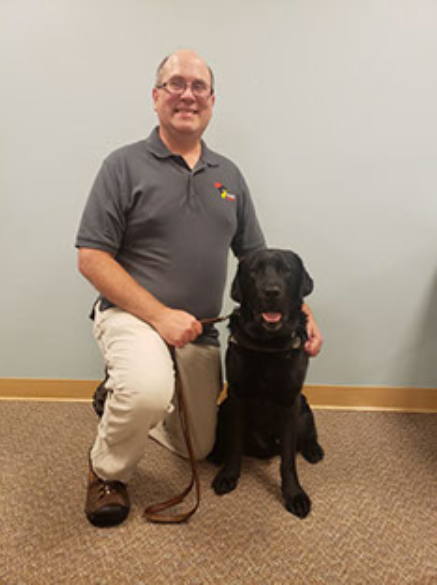 After he lost complete vision, Dave worked with Vocational Rehabilitation (VR) here in Indiana and found Leader Dogs for the Blind in Rochester Hills, Michigan, where he eventually trained for three weeks with his now-longtime canine companion, Flynn.

“Leader Dogs for the Blind connects you with a leader dog that matches your personality, your lifestyle and your pace, and they do a great job,” Dave said. “Flynn not only had my outgoing personality, but he was very friendly around children, and that was perfect for my work in children’s ministry. He’s now famous around my church. People from all ages will come up to him, and he’ll give them a nice little kiss on the cheek as they give him a big hug.”

Flynn also serves as “an amazing icebreaker” during Dave’s current work as a chaplain supervisor with Missional Chaplains.

“Flynn’s right alongside me during meetings and conversations, which can sometimes be pretty tough for the kinds of folks chaplains serve,” he said. “But people just open up around him, and they’re able to more easily express themselves with him there.” 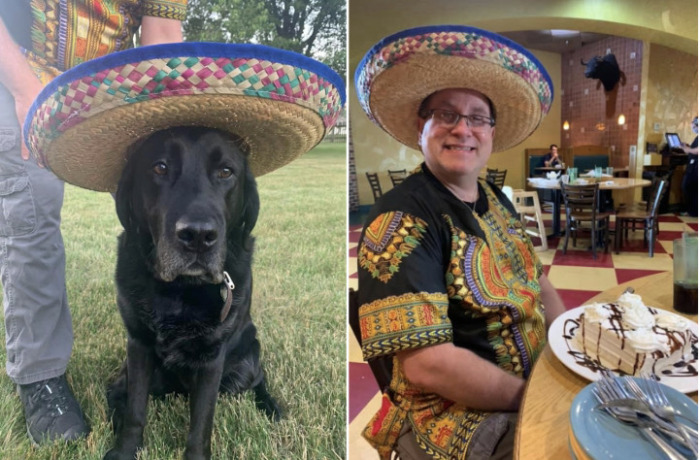 Over the years, Flynn has not only been a source of comfort and a guide dog, but he’s also been a cheerleader for Dave, lifting his spirits and motivating him to keep moving forward through life’s challenges.

“Flynn can tell right off the bat if I’m ever going through times of sadness,” he said. “Before he came into my life, there were times that were pretty depressing where I didn’t want to go outside because it wasn’t safe for me, and I didn’t know how to get anywhere. Even with a white cane, it was pretty tough. But when Flynn came into the picture, I started taking two-to-three-mile walks, and he would safely take me home.” 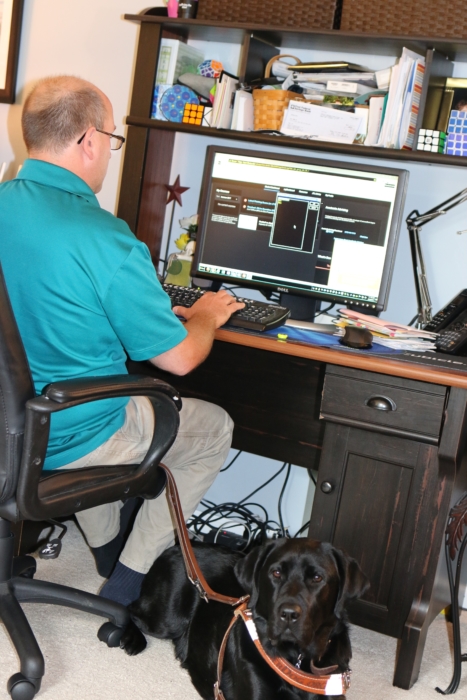 After Dave became more mobile, VR referred him to Easterseals Crossroads for an assistive technology evaluation. Dave had worked with Easterseals before, training with ZoomText magnification and the DaVinci CCTV desktop video magnifier when he still had partial vision. But with full vision loss, he needed software like the JAWS screen reader.

Now, Dave no longer feels the need to hide his disability. He’s proud to have Flynn by his side.

Dave said: “Flynn catches me from falling when I’m going up or down stairs. There have been times when kids have left their bikes on the sidewalk and he steered me around them, or he’d steer me around water when sprinkler systems were spraying on a yard. He’s great at guiding me toward doors or places to sit down. If I eat at a restaurant, he’s trained to go under the table and lay down. More importantly, he helps with getting through stressful times. He’ll lay by you if he senses you’re having a hard time. Even though he’s my leader dog, he’s been a great companion to our whole family. He’s just wonderful.”

If you or a loved one are looking for your own canine companion, one of the best places to find one here in the Hoosier State is the Indiana Canine Assistant Network. As stated on its website: “Since 2002, ICAN’s trained service dogs have brought stability and joy to children, adults, and veterans living with a disability or combat-related challenges.”