By now a majority of individuals have heard of some form of wearable technology such as the smartwatch or Google Glass.  A tech company in India called Ducere Tech, recently presented a newer form of wearable technology: smart shoes.  The shoes are called Lechal, which translates as “take me there” in Hindi.  The shoes possess a lot of potential especially for individuals who are visually impaired.

According to the creators of the shoes, “People who are visually challenged rely heavily on their sense of hearing to acquaint themselves with the environment and may find audio feedback a major distraction.”  They also state that though the white cane is an effective aid, it falls short in regards to navigation and directions.  They wanted to create a haptic product to lessen the need for distracting audio feedback, so they designed the Lechal smart shoes, which can give the wearer directions without needing to look at a smartphone. 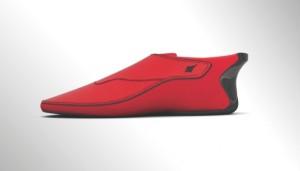 To get started, the user enters his or her destination into the Lechal app using Google Maps or a similar navigation app.  The app connects via Bluetooth to a module that slides into the back of the shoe, then the left or right shoe vibrates depending on which direction the user should turn.

The smart shoe technology is available in two forms: red or black shoes, or an insole platform to slide into one’s
favorite sneakers, and the shoes will retail for $100 to $150, depending on preference.  For that money, users will get the footwear, the app and a charger.  The Lechal app works with iOS, Android, and Windows systems.  For more information, visit the product’s website here.