In previous blogs, I’ve discussed several smart home systems, a few examples being: Flic, Wink Hub, Reemo, and Z-Wave.  Now there is an even newer, “smarter” home automation system being introduced called Oomi.  If you’re looking for a home automation system, Oomi is “easy, fun, and there’s nothing else like it” available on the market.  So what makes Oomi so different from its competitors?

Upon immediate glance at Oomi’s website or its Indiegogo page, you’ll notice the terms “simplified” and “smarter.”  While many other home automation systems claim their products are simple and smart, Oomi’s unique features puts it in a league of its own.

One major feature that separates Oomi from the rest is that no internet is required!  As they state on their Indiegogo page, “It might seem like a no-brainer that your smart home should work even when your internet is down.  Oddly enough, that hasn’t been the case.  With Oomi, it finally is.”

The system consists of several accessories, one of which is called the Oomi Cube, or the “brain” of your smart home.  While many smart homes use what are called “hubs,” the hubs don’t usually do much.  Oomi Cube is packed with 8 environment sensors, a night vision camera, and more!  “Having sensors inside of Cube allows it to know more about your home.  When your Cube knows more, it can do more for you.  For example, because Oomi Cube already has a light sensor in it, your home can brighten your lighting when a room gets darker automatically.”

Sensors found in the Oomi Cube: 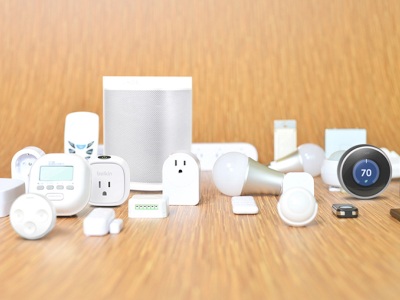 Setting up Oomi is simple and can be done with a simple tap:

To learn more about how you can transform your home into a smart home with Oomi, visit Indiegogo or the Oomi Home page.